Get updates via RSS 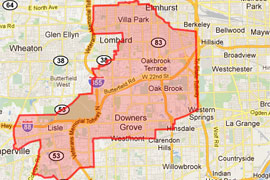 For almost a week now, I’ve watched and listened to the criticisms of and threatened boycotts of Arizona. I’ve seen the Left go nuts, the Hispanic media go nuts, and frankly, I’m left feeling like I’m going a little nuts. Albeit for a totally different reason: namely, because I think all these attacks on the recent Arizona bill are ridiculous. Especially when they come from a U.S. Congressman.

Rep. Luis Gutierrez (D-IL4) calls this bill a “civil rights catastrophe that Republicans in Arizona are unleashing on immigrants and Latinos in the state.” (Never mind, that according to Rasmussen, 51% of Arizona Democrats and 69% of Independents supported this bill.) On National Public Radio Rep. Gutierrez said that we should boycott vacationing in Arizona: “Why would you want to contribute to a group of people that clearly are engaged in a discriminatory act?” I certainly wouldn’t, but I don’t think that’s what’s going on here. The people of Arizona haven’t committed the crimes. They aren’t being “discriminatory.” They’re simply asking their authorities to make Arizona less hospitable and accommodating to undocumented immigrants. They just want an end to the madness.

Then, in the Huffington Post, Rep. Gutierrez slams the Obama administration for deporting more than 1,000 people/day—at a faster rate than the Bush administration ever did—and for doing nothing about immigration reform. He slams Arizona for inviting racial profiling. He slams the federal Immigration and Customs Enforcement (ICE) for a recent raid on a human smuggling ring.

And then he wraps it all up with: “Let's be clear, I support targeted enforcement against smuggling rings exploiting our broken immigration system and preying on vulnerable immigrants, but the timing of this show of force could not have been more destructive.”

I wish he would just come out and say he wants open borders. Then he could come totally clean and admit he favors amnesty not because he’s so kind and compassionate but because he sees these immigrants as potential voting blocks, as more people to become dependent on his power. But I’m guessing we won’t hear that bit.

But what we will hear is that Rep. Gutierrez was one of the speakers at a rally Monday night aimed at Governor Pat Quinn. He wants the governor to hire more Latinos because they make up the largest ethnic population in Illinois. A higher official population of Latinos would mean he’d be able to demand larger quotas—and have more “reward” jobs to pass out for political favors. It’s how this all works.

What makes Rep. Gutierrez comments so insulting and ridiculous is that Arizona has a real problem with soaring illegal immigration amid economic crisis. From 2000 to 2008, the state’s illegal immigrant population has increased 70%, according to Department of Homeland Security statistics. He’s clearly more interested in putting the rights of illegal immigrants over those of the people of the country he’s promised to serve. He’s clearly more interested in his own benefit than the overall good of the country.

For this and many other reasons, I think the people of Arizona have waited for too long—for the promises of the federal government to secure our borders and “fix” immigration. While we’re busy debating and discussing and doing nothing about the illegal immigration problem in this country, the safety of the people of Arizona is in jeopardy and their livelihood is being taken away.

This is not to say I don’t understand the concerns with this bill. I am Latino, and I understand full well the reality of racial profiling; I know that speaking Spanish garners shifty looks from the public. I understand that racism plays a very real role in the immigration debate in this country (e.g., do you ever hear anyone complain about the illegal Canadians, Irish, Polish, Lithuanian, etc. working in all sorts of industries across the U.S.? Me neither. Though they are here!).

But fears of appearing racist shouldn’t prevent us from going after actual law-breakers in this country. What Arizona has proposed is that any immigrant found without documentation (something the Federal government already requires—but doesn’t enforce—of immigrants) is charged with a misdemeanor punishable by up to six months in jail and a fine of up to $2500. They’re not being deported. Families are not being broken up. This is not a cruel, heartless bill. It’s one step toward getting control of an out-of-control system.

There are no comments for this entry yet. Be the first!